Monday was our final day. This trip, so planned for and thought about and dreamed about was nearly over. I asked Dave to take my photo (and I took his) so we could have a photo where we looked slightly awake and perky, not in the middle of dragging about and sightseeing. Here we are outside our hotel. 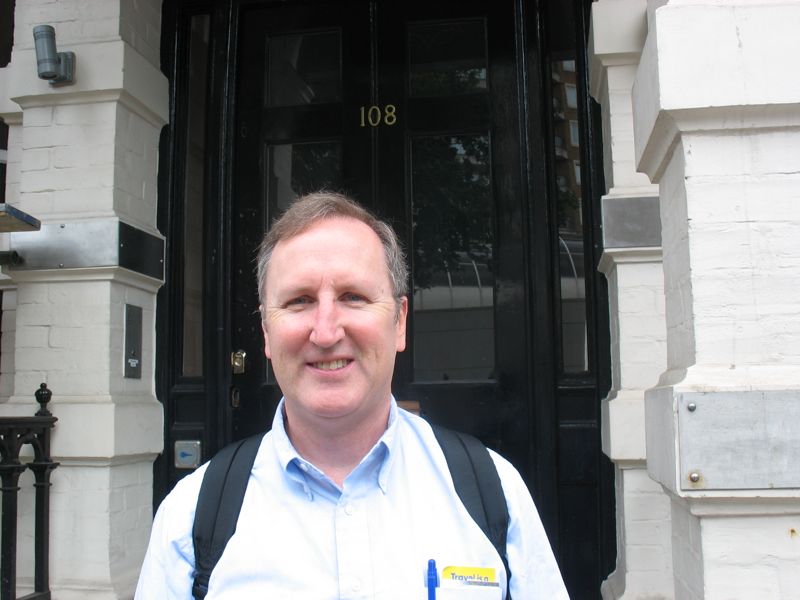 We look so fresh and alive! 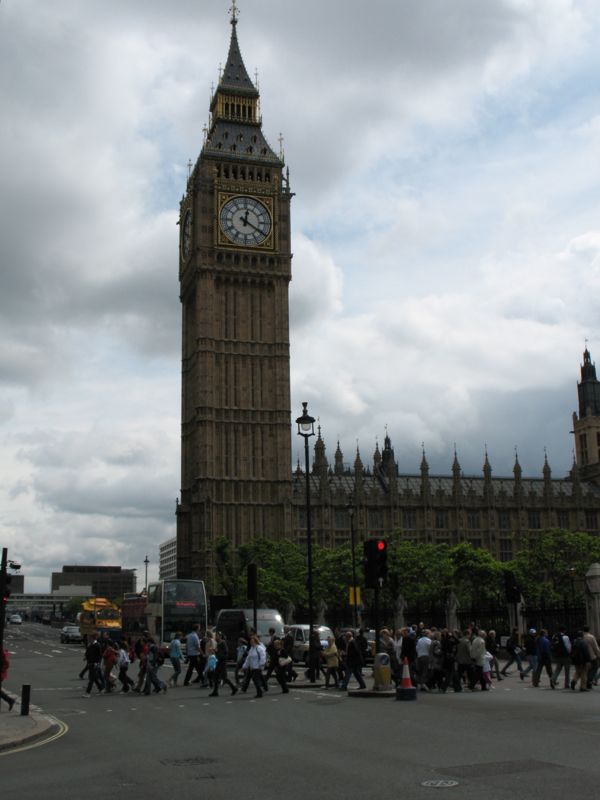 After the Tate Museum, we boarded a double-decker bus and saw the sights from above ground. We jumped off at Big Ben and the Houses of Parliament to play tourist. 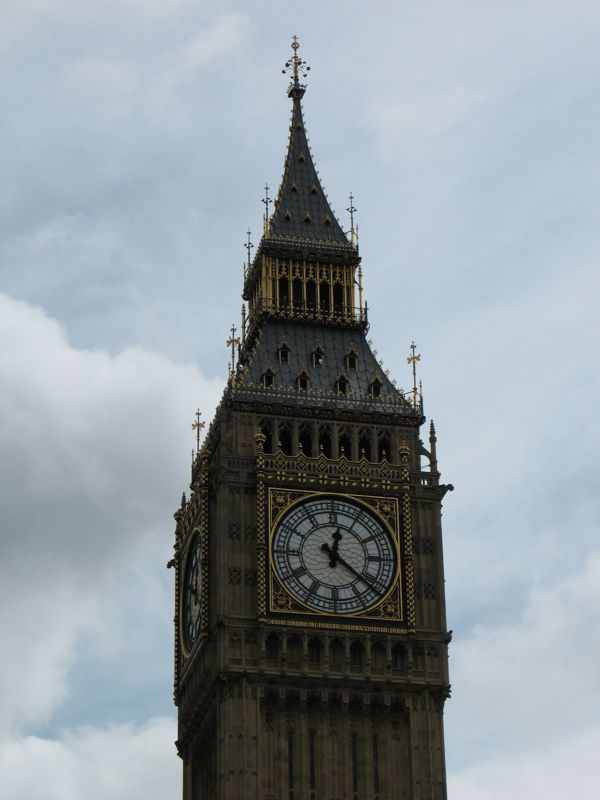 I believe that when we brought our children in 1999/2000 (yes, it was the Millenium) Big Ben was all wrapped up getting spruced up. Nice to see his face. 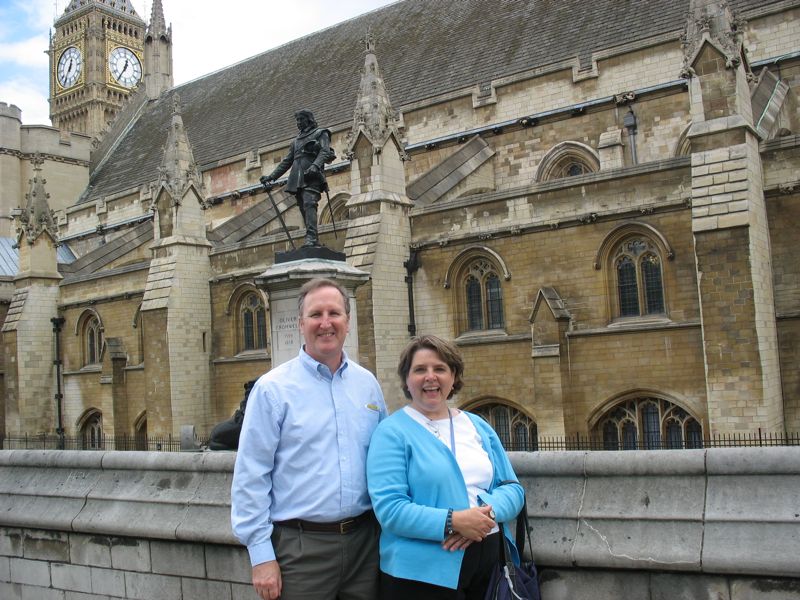 It only took three tourist-tries, but I finally got someone who could take a photograph of us. 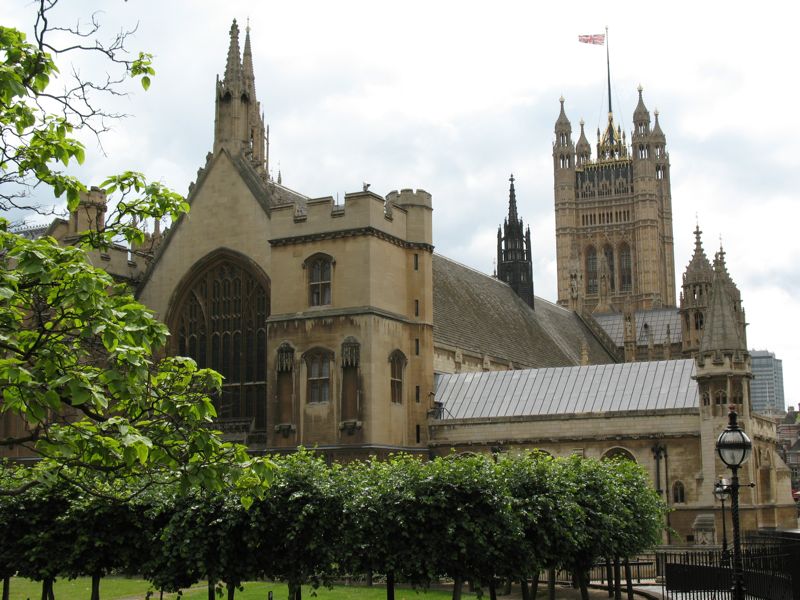 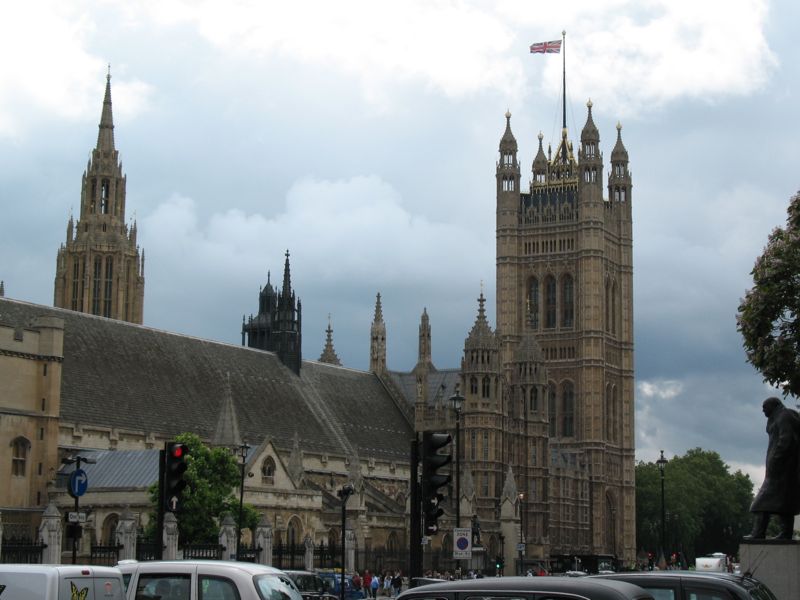 Note the Churchill statue to the right. 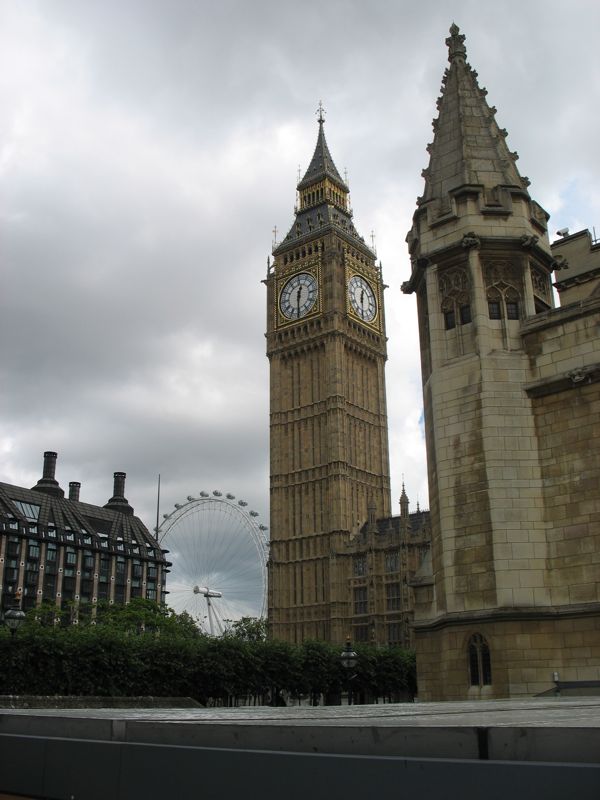 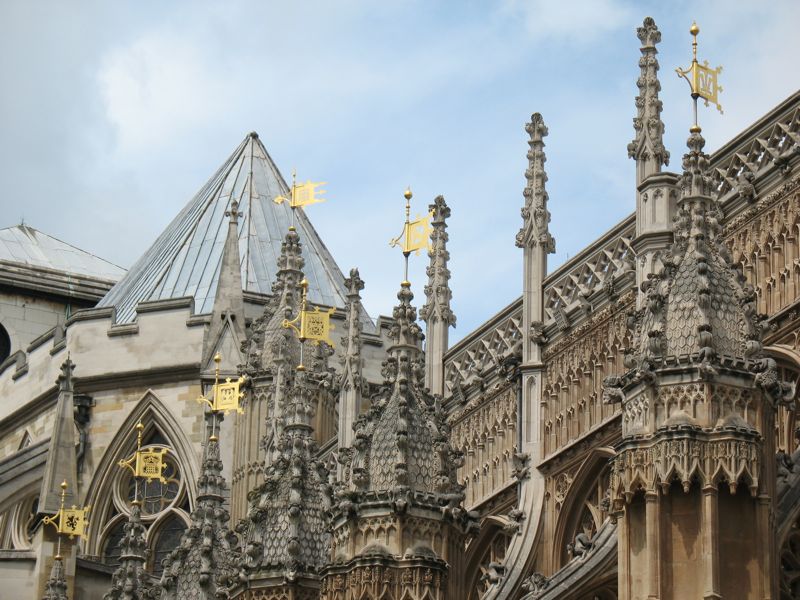 We liked the gilt flags on the building across the street–which must be the backside of Westminster Abbey. 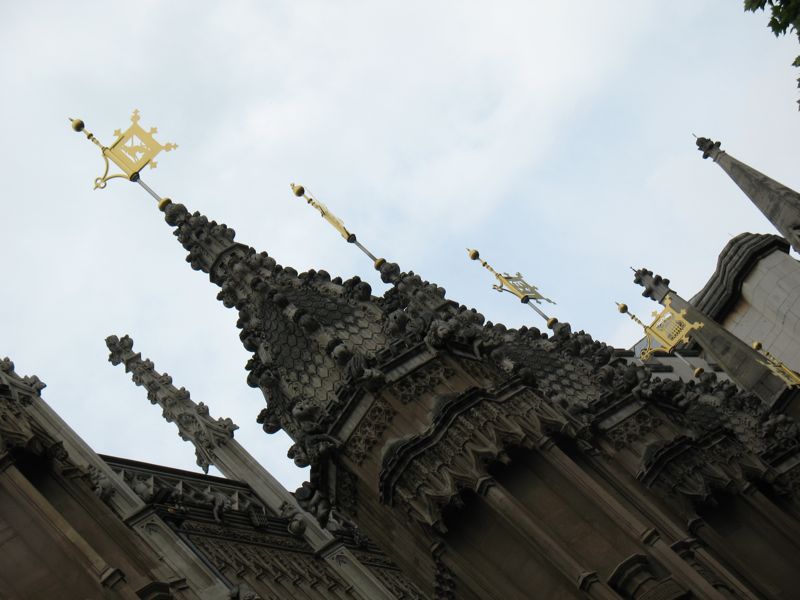 Britain’s Home Office, or their version of the State Department. 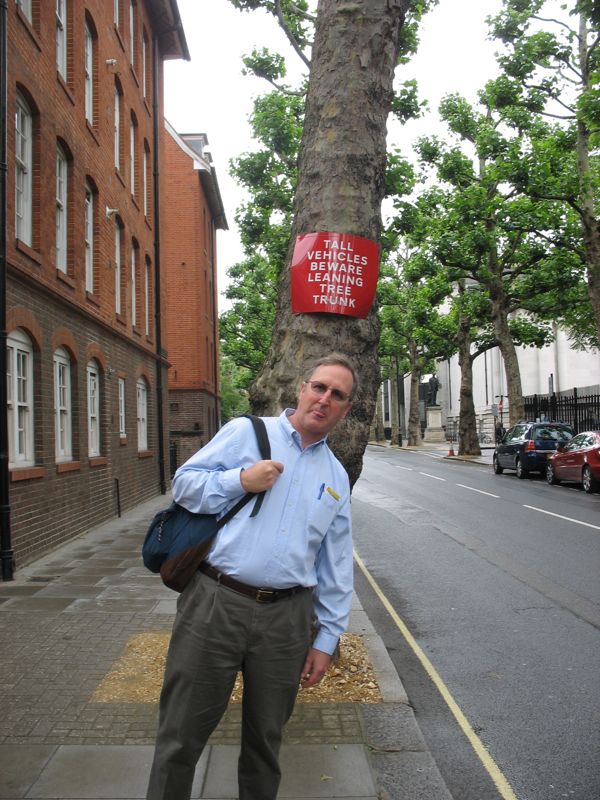 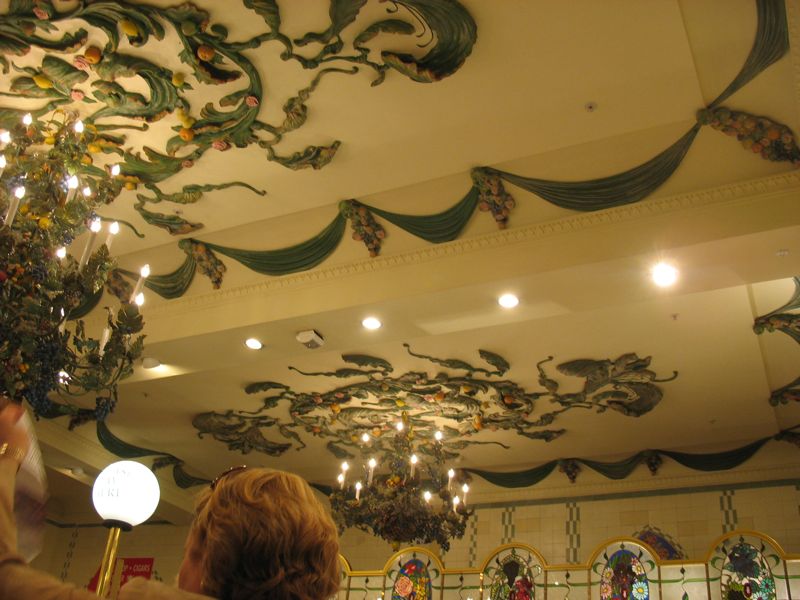 We hit Harrod’s–this is the ceiling in one of their rooms. We finally bought something at Harrods: chocolates to save for August 11th, our anniversary.

I had wanted to buy some earrings, or some other souvenir of London but the conversion rate of 2 dollars to 1 pound made it next to impossible. It wasn’t so much about the money–I had savings and could have purchased things. But it became about the value of the item. I saw a silver charm for my charm bracelet. I could have purchased it for 39 pounds, but I didn’t think it was worth 80 bucks, so I passed. In conversations I began saying to people: “Come to America–we’re having a sale. Everything half off!” 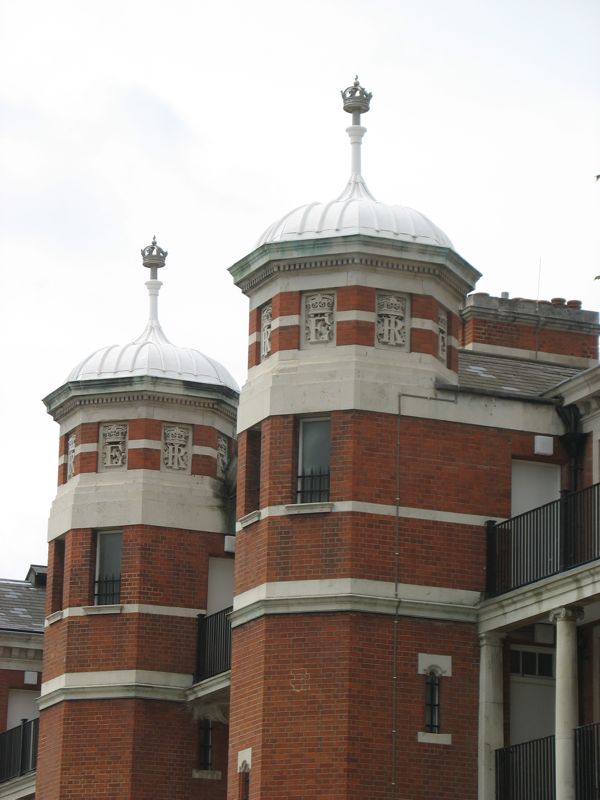 Cool ornamentaion on the tops of these more modern buildings–crowns. 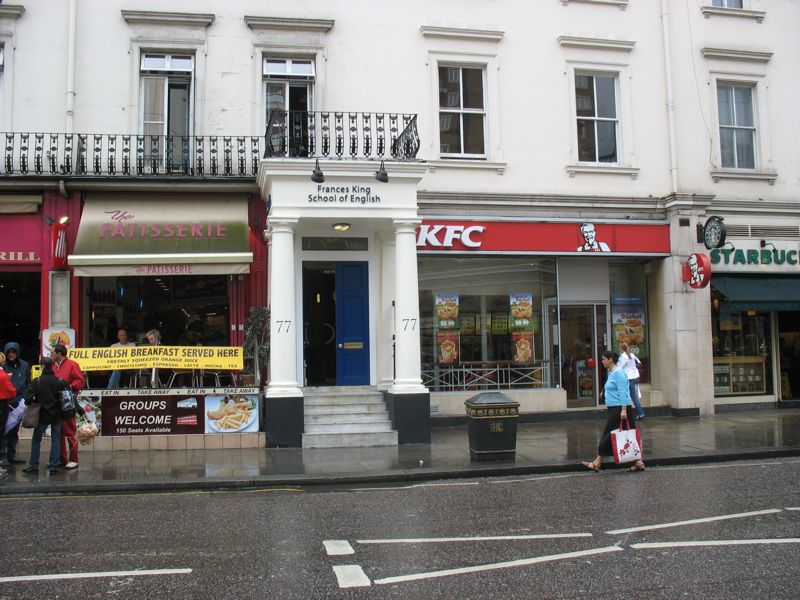 Back home to our hotel for dinner. I liked the multi-culturalism of these eating places. We chose the one to the left (out of camera range) and had pizza. 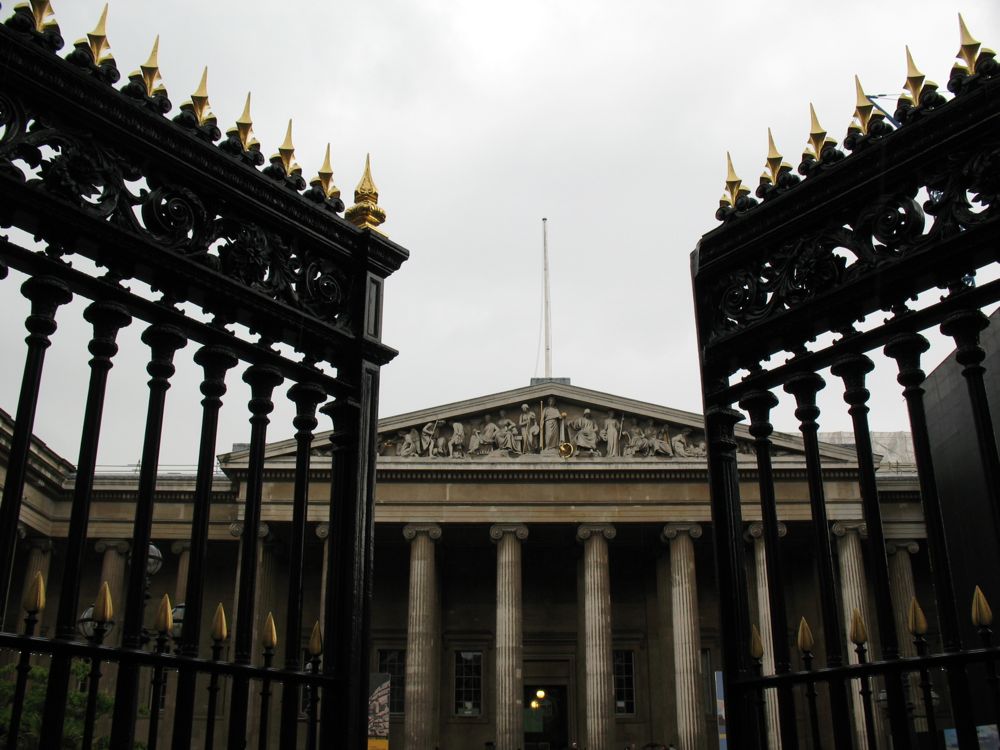 So that’s it. Just like the gates of the British Museum, our time here was closing. 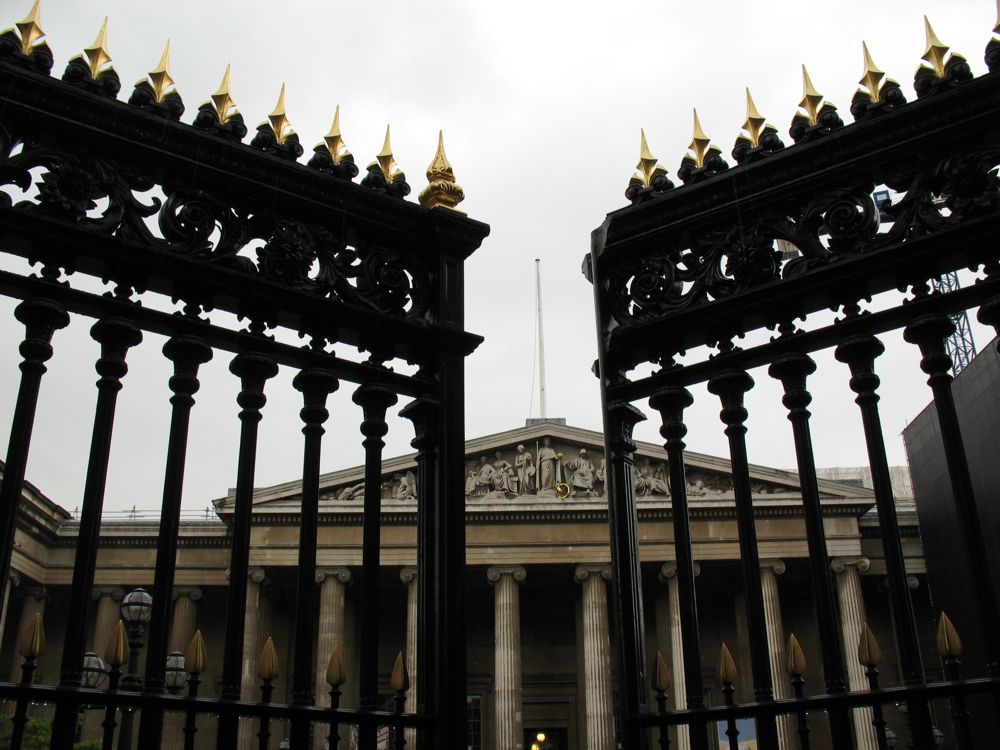 Dave had good conferences, we saw a lot (and missed a lot–next time). 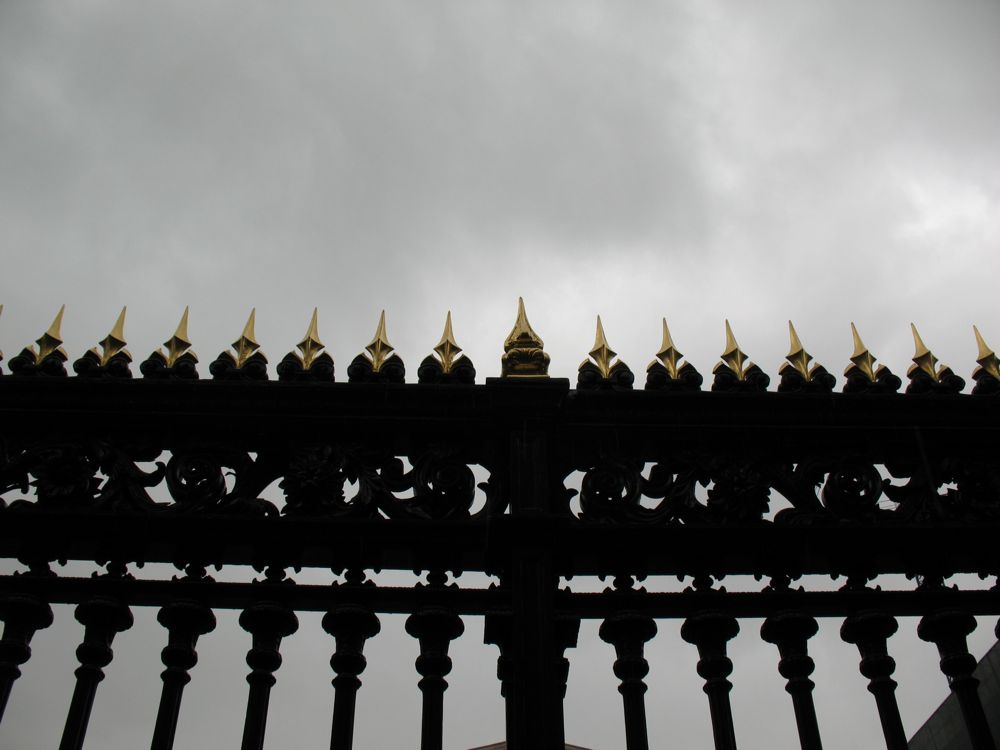 But, we’re ready. And like Dorothy knew, as she chanted it to the crowded square in Oz: “There’s no place like home.”